Eaten up by his guilt over Flaco’s death in the fire, Cruz goes to Casey to confess. While Shay recovers from a head injury sustained in the ambulance crash, Severide asks Dawson for her help in dealing with his own injury. Casey is caught in the middle of a family conflict between his mother and sister. Elsewhere, Herrmann finds a business deal hard to stomach. 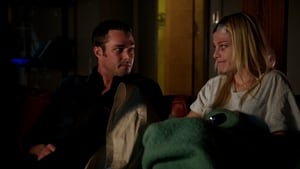